R3642
Academic and politician Eoin ‘Pope’ O’Mahony, pictured centre. A member of Fianna Fáil, he was elected State Prosecutor by Eamon De Valera's government. He left the position after failing to agree with Fianna Fáil on the treatment of republican prisoners. He later defended Brendan Behan before both the Irish and British courts. Having studied genealogy, he was host of Meet the Clans on Radio Éireann. He was a visiting professor to the University of South Illinios, and made an unsuccessful bid to be nominated as a candidate for the presidency of Ireland in 1966. He also ran as an independent for the Dáil and for the university constituencies in the Seanad. He died in February, 1970 at age 65. He is pictured here on 1/12/62. (Part of the Independent Ireland Newspapers/NLI Collection) 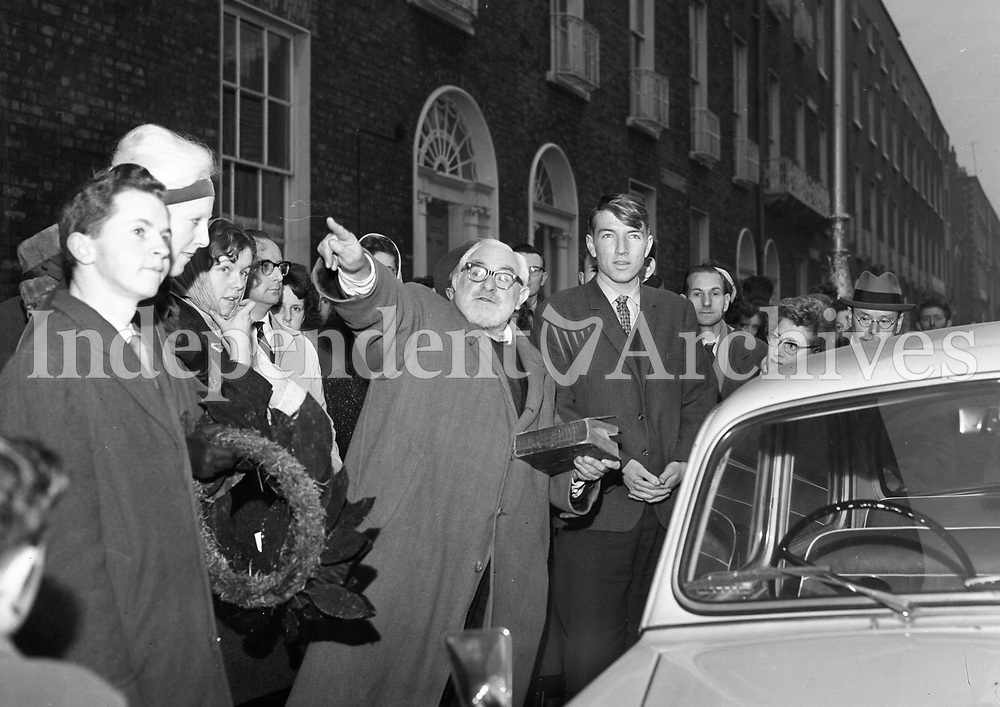