Eoin MacNeill (3rd from right) and members of the Irish Volunteers. Originally from Antrim and a Professor of History at UCD, MacNeill had led the public call for the formation of the Volunteers in 1913 and continued to lead them after they had split in late 1914. Note the belt buckles, which members usually wore as a cheaper alternative to uniforms. (Part of the Independent Newspapers Ireland/NLI Collection) Colourised by Tom Marshall (PhotograFix). 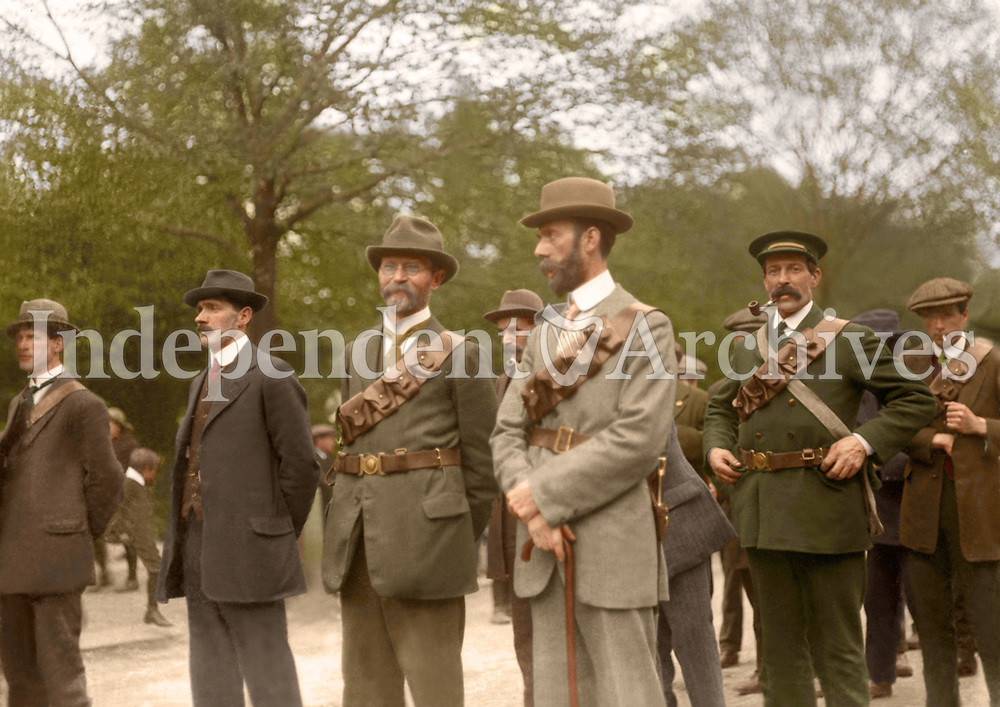